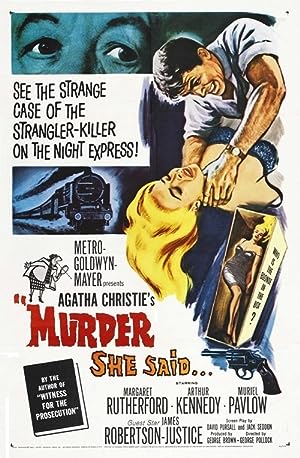 How to Watch Murder She Said 1961 Online in The UK

The cast of Murder She Said

What is Murder She Said about?

Old miss Marple is on a train ride when she witnesses a murder in a passing train. She reports it to the police but they won't believe her: since no body can be found there can't have been any murder, right? As always, she begins her own investigation. The murder was committed while passing Ackenthorpe Hall and miss Marple gets herself a job there, mixing cleaning and cooking with searching the house for clues.

Where to watch Murder She Said