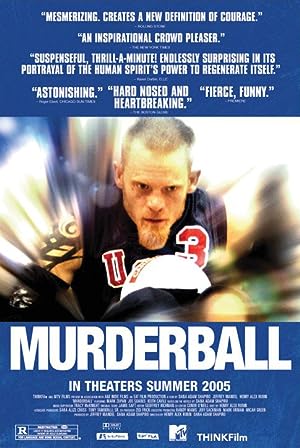 How to Watch Murderball 2005 Online in The UK

The cast of Murderball

What is Murderball about?

Quad rugby as played by the US team, between 2002 games in Sweden and the 2004 Paralympics in Athens. Young men, most with spinal injuries, play this rough and tumble sport in special chairs, seated gladiators. We get to know several and their families. They talk frankly about their injuries, feelings in public, sex lives, competitiveness, and love of the game. There's also an angry former team member gone north to coach the Canadian team, tough on everyone, including his viola-playing son. We meet a recently injured man, in rehab, at times close to despair, finding possible joy in quad rugby. After Athens, the team meets young men injured in war: the future stars of Team USA.

Where to watch Murderball