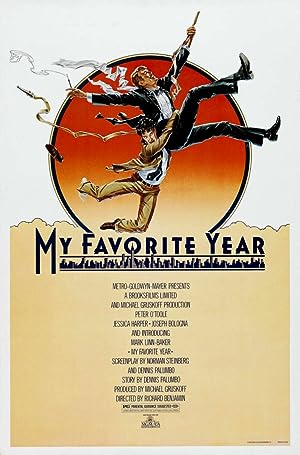 How to Watch My Favorite Year 1982 Online in The UK

The cast of My Favorite Year

What is My Favorite Year about?

Benjy Stone is the junior writer on the top rated variety/comedy show, in the mid 50s (the early years). Its a new medium and the rules were not fully established. Alan Swann, an Erol Flynn type actor with a drinking problem is to be that weeks guest star. When King Kaiser, the headliner wants to throw Swann off the show, Benjy makes a pitch to save his childhood hero, and is made Swann's babysitter. On top of this, a union boss doesn't care for Kaiser's parody of him and has plans to stop the show.

Where to watch My Favorite Year