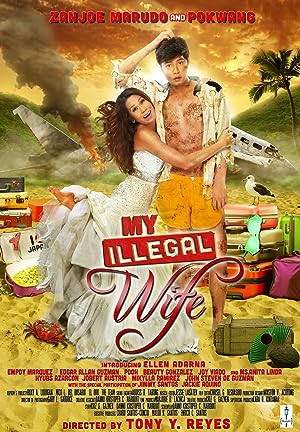 How to Watch My Illegal Wife 2014 Online in The UK

The cast of My Illegal Wife

What is My Illegal Wife about?

Clarise, an OFW mother in Japan, and her desire to have a husband and father for her children. One day, Clarise bumps into Henry, ridiculed and rejected. Then, they meet again in a plane going back to the Philippines. Here, an accident happens. Clarise wakes up and finds herself in an island with Henry, who now has amnesia. Clarise takes advantage of the situation and introduces herself as his wife. She makes him believe that they have been married in Japan and they are on their way to the Philippines to get married in church. After being saved, Clarise then introduces Henry to her family and friends. Will Henry learn to really love Clarise? Or, will Henry find the truth about Clarise's lies? What if Henry learns that Clarise is his "illegal wife?"

Where to watch My Illegal Wife