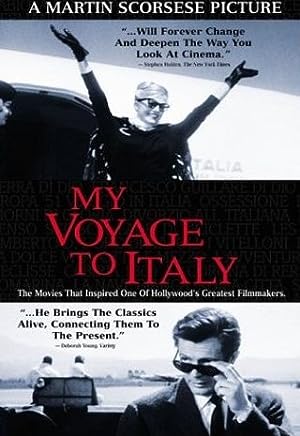 The cast of My Voyage to Italy

What is My Voyage to Italy about?

"I saw these movies. They had a powerful effect on me. You should see them." That's Martin Scorsese's message for this documentary. We meet his family on Elizabeth Street in New York; he's a third generation Italian with Sicilian roots. Starting in 1949, they watched movies on TV as well as in theaters, lots of Italian imports. Scorsese, with his narration giving a personal as well as a public context, shows extended clips of these movies. Films of Rossellini and De Sica fill part one; those of Visconti, Fellini, and Antonioni comprise part two. Scorsese takes time with emotion, style, staging, technique, political context, and cinematic influence. It's his movie family.

Where to watch My Voyage to Italy

More Documentary tv shows like My Voyage to Italy