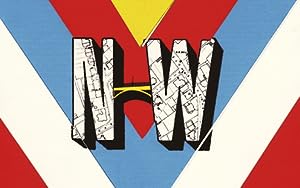 The cast of NW

What is NW about?

Leah and Keisha grew up together on the run-down Caldwell estate. Years later Keisha has reinvented herself as Natalie, married to the handsome and wealthy Frank with two perfect children, a beautiful house and a career in law. Leah , married to Michel, but not sharing his desire to have babies, is still on the estate, where she is a prey for drug-addicted scammers. She feels alienated from her former best friend. She is unaware that Natalie is secretly unhappy, attending anonymous sex parties, and when Frank finds out Natalie bolts, finding herself in the company of another old school-mate Nathan, once a promising footballer, now a petty thief working for a drugs gang. At the same time Felix, a cheery wheeler-dealer, is stabbed to death after a row on a tube train and Natalie realizes that she knows who killed him. Coming to Leah's aid after the latter has had a domestic crisis Natalie realizes that, for all their differing life-styles, they are as close as they ever were and they band together to find justice for Felix.

Where to watch NW