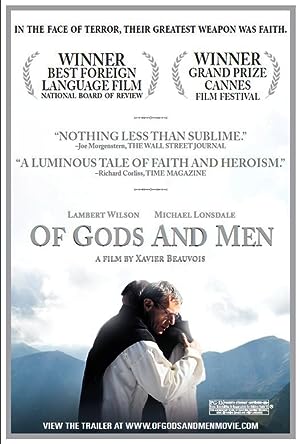 The cast of Of Gods and Men

What is Of Gods and Men about?

In 1996, in Algeria, eight French monks of The Monastery Notre-Dame de l'Atlas of Tibhirine have a simple life serving the poor community that was raised around the monastery. During the Algerian Civil War, they are threatened by terrorists but they decide to stay in the country and not return to France.

Where to watch Of Gods and Men

More Drama tv shows like Of Gods and Men