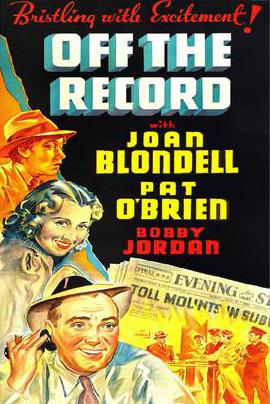 How to Watch Off the Record 1939 Online in The UK

The cast of Off the Record

What is Off the Record about?

Blondell and O'Brien star as newspaper reporters who inadvertently send Jordan to reform school after they write an expose of the illegal slot-machine racket the boy was a spotter for. Guilt-ridden, Blondell convinces O'Brien that they should marry in order to adopt Jordan and get him out of reform school.

Where to watch Off the Record