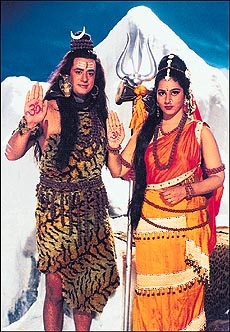 How to Watch Om Namah Shivay Online in The UK

The cast of Om Namah Shivay

What is Om Namah Shivay about?

The Hindu saga of Lord Shiva - Bolenath - Shankar and his consort Shakti - Parvati, along with Brahma, Vishnu, Indra and their goddess consorts beginning at creation. Shiva and Parvati's son Ganesh is introduced and followed too.

Where to watch Om Namah Shivay