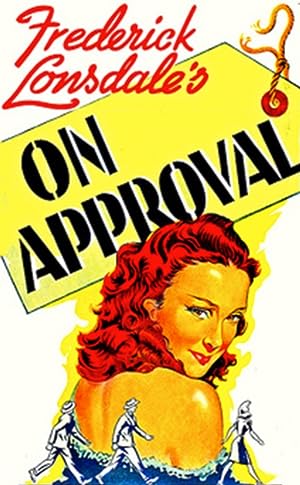 How to Watch On Approval 1944 Online in The UK

The cast of On Approval

What is On Approval about?

Victorian London. George, the 10th Duke of Bristol, and his equally upper class friend Richard Halton are both broke. To live, George has had to rent out his London castle to visiting young American socialite Helen Hale. So the only way George has access to his own home is when he is invited to a party hosted by Helen. Much to George's surprise, Richard confesses to him that he is in love from afar with and would like to marry wealthy widowed Maria Wislack, Helen's friend who George considers a haggard, controlling, old (forty-one) shrew of a woman. Richard believes he has no chance with Maria due to the difference in their financial situations. Richard is surprised to find that Maria knows he is in love with her, she in turn attracted to him. However, to test if they will be compatible as husband and wife, Maria proposes they spend one month together in her mansion on an otherwise deserted island off the coast of Scotland, Richard who is to row to the mainland every night and row back the next morning so as to be publicly proper in their courtship. George and Helen decide to tag along to support their respective friend, although each has his/her own ulterior motive, George to live off the creature comforts in Maria's mansion and being waited on hand and foot by her servants, and Helen to be close to George who she believes she loves. Out of circumstance, the four end up living in the island mansion together without any servants. As the month progresses, each of the four learns their true feelings, resulting in each hatching plots and subplots to achieve what he/she wants and/or to show up the others toward who ill feelings have developed.

Where to watch On Approval