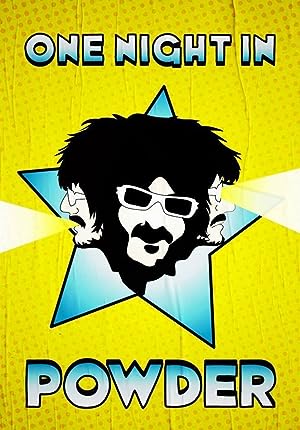 The cast of One Night in Powder

What is One Night in Powder about?

Can a little known British rocker create the ultimate scene by staging the most hip, trendy and ultimately ridiculous night London has ever witnessed? Meet Kevin Powder. He is a simple man, with a simple dream: to create the ultimate scene. Kevin embarks on a quest to create the most amazing party anyone has ever experienced, anywhere - and he's got only 30 days to pull it off. Filmed on the streets of East London, ONE NIGHT IN POWDER tells the true story of Kevin's dream and the real people he persuades to help him. There is the Canadian vice-president Gary 'Flipper' Dolphin and a whole host of other misfits from all walks of London life.It doesn't matter if things go wrong, 'imperfection is perfection'. Rock 'n' Roll is wherever the penny lands. This time Kevin Powder is gonna be the star!

Where to watch One Night in Powder

More Comedy tv shows like One Night in Powder