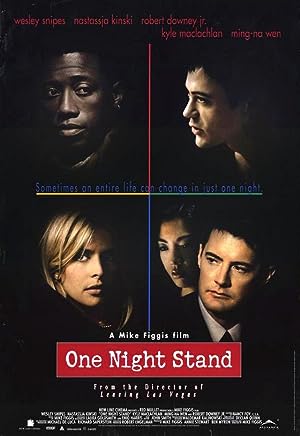 How to Watch One Night Stand 1997 Online in The UK

The cast of One Night Stand

What is One Night Stand about?

Los Angeles advertisement director Max visits his friend, artist Charlie, who was diagnosed with A.I.D.S. in New York City. There he meets Karen, they are attracted to each other and after they meet later that day at the concert, they have a passionate night. Then he returns home to Los Angeles to his family, and wife Mimi. A year later, Max returns to New York City again to visit Charlie, who is now dying, and there he meets Karen again, who is married to Charlie's brother Vernon.

Where to watch One Night Stand