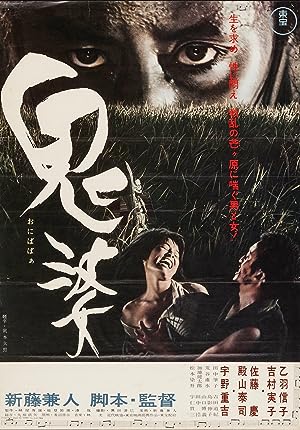 How to Watch Onibaba 1964 Online in The UK

The cast of Onibaba

What is Onibaba about?

In the Fourteenth Century, during a civil war in Japan, a middle-aged woman and her daughter-in-law survive in a hut in a field of reed killing warriors and soldiers to trade their possessions for food. When their neighbor Hachi defects from the war and returns home, they learn that their son and husband Kichi died while stealing supplies from farmers. Soon Hachi seduces the young widow and she sneaks out of her hut every night to have sex with him. When the older woman finds the affair of her daughter-in-law, she pleads with Hachi to leave the young woman with her since she would not be able to kill the warriors without her help. However, Hachi ignores her request and continues to meet the young woman. When a samurai wearing a demon mask stumbles upon the older woman at her hut asking her to guide him out of the field, she lures him and he falls in the pit where she drops the bodies of her victims. She climbs down the hole to take his possessions and his mask, and she finds he is a disfigured man. The she uses the demon mask to haunt her daughter-in-law to keep her away from Hachi. However, when she decides to remove the mask, she has a surprise.

Where to watch Onibaba