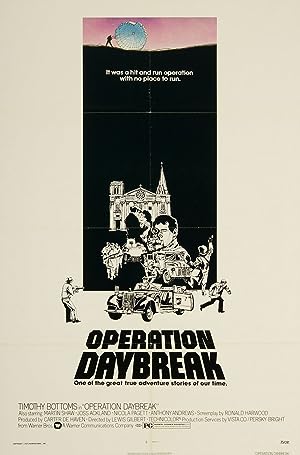 How to Watch Operation: Daybreak 1975 Online in The UK

The cast of Operation: Daybreak

What is Operation: Daybreak about?

In 1942 Czechoslovakia, SS-General Reinhard Heydrich is appointed to become the Reich Protector of Bohemia and Moravia. The terror and oppression that follow cause Allied authorities in London to authorize a secret mission to kill the man who has come to be known as "The Butcher of Prague". The film explores shows the operation leading up to Heydrich's death as well as the massive German reprisals that followed it.

Where to watch Operation: Daybreak