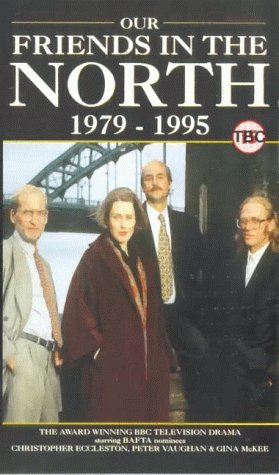 The cast of Our Friends in the North

What is Our Friends in the North about?

A nine part series depicting the varying fortunes of four friends - Nicky, Geordie, Mary and Tosker - from the optimistic times of 1964 to the uncertainties of 1995. Taking nine pivotal years (1964, 1966, 1967, 1970, 1974, 1979, 1984, 1987, 1995) the personal lives of the characters become intertwined with the political struggles of their home town of Newcastle, and the capital, London. We also see the machinations behind the scenes that affect their lives, often for the worse: slum housing projects, police corruption, the rise of Thatcherism, political sleaze, and specific events like the 1984 Miners' Strike.

Where to watch Our Friends in the North

More Drama movies like Our Friends in the North

More Drama tv shows like Our Friends in the North