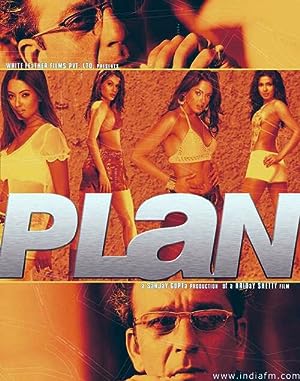 The cast of Plan

What is Plan about?

Bobby, Lucky, Jai and Omi are four young men, each one with his own reason to come to the great city of Mumbai. They meet en route to Mumbai and become best friends. Lucky is a cardsharp with a magnificent winning streak. But when he plays his first high-stakes card game, he is cheated into losing by a shady gangster Aslambhai and ends up owing a large amount of money. Omi hatches a plot to kidnap a rich businessman whom he has seen in a bar. The kidnapping goes as planned, but then they discover that the person they have kidnapped is not a businessman but a powerful and deadly organized crime figure named Musabhai. Musabhai would be more than happy to get rid of the four for their nerve but discovers that by kidnapping him, they unintentionally thwarted a mob hit on his life which was to take place sometime later. In exchange for sparing their life, Musa recruits the four youngsters to help him in striking back at his longtime rival Sultan.

Where to watch Plan