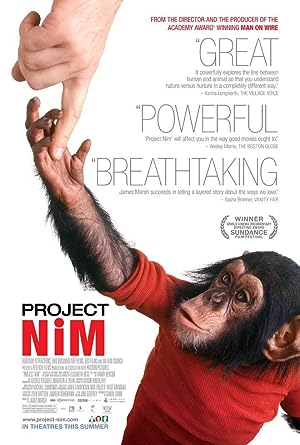 How to Watch Project Nim 2011 Online in The UK

The cast of Project Nim

What is Project Nim about?

From the Oscar-winning team behind MAN ON WIRE comes the story of Nim, the chimpanzee who in the 1970s became the focus of a landmark experiment which aimed to show that an ape could learn to communicate with language if raised and nurtured like a human child. Following Nim's extraordinary journey through human society, and the enduring impact he makes on the people he meets along the way, the film is an unflinching and unsentimental biography of an animal we tried to make human. What we learn about his true nature - and indeed our own - is comic, revealing and profoundly unsettling.

Where to watch Project Nim