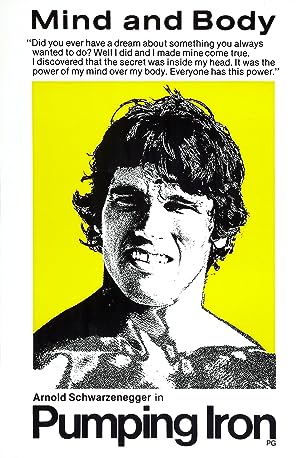 How to Watch Pumping Iron 1977 Online in The UK

The cast of Pumping Iron

What is Pumping Iron about?

From Gold's Gym in Venice Beach California to the showdown in Pretoria, amateur and professional bodybuilders prepare for the 1975 Mr. Olympia and Mr. Universe contests in this part-scripted, part-documentary film. Five-time champion Arnold Schwarzenegger defends his Mr. Olympia title against Serge Nubret and the shy young deaf Lou Ferrigno, whose father is his coach; the ruthless champ psyches out the young lion. Sardinian Franco Columbu competes in the lightweight class; at home in Italy he solves a tight parking problem by lifting the car into place. Joe Weider is the marketer; Mike Katz and Ken Waller go for the title of Mr. Universe. Bodybuilding and a celebrity-to-be go mainstream.

Where to watch Pumping Iron