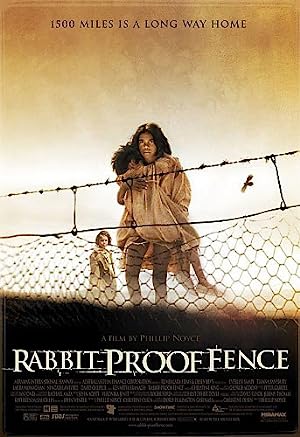 How to Watch Rabbit-Proof Fence 2002 Online in The UK

The cast of Rabbit-Proof Fence

What is Rabbit-Proof Fence about?

Western Australia, 1931. Government policy includes taking half-caste children from their Aboriginal mothers and sending them a thousand miles away to what amounts to indentured servitude, "to save them from themselves." Molly, Daisy, and Grace (two sisters and a cousin who are 14, 10, and 8) arrive at their Gulag and promptly escape, under Molly's lead. For days they walk north, following a fence that keeps rabbits from settlements, eluding a native tracker and the regional constabulary. Their pursuers take orders from the government's "chief protector of Aborigines," A.O. Neville, blinded by Anglo-Christian certainty, evolutionary world view and conventional wisdom. Can the girls survive?

Where to watch Rabbit-Proof Fence