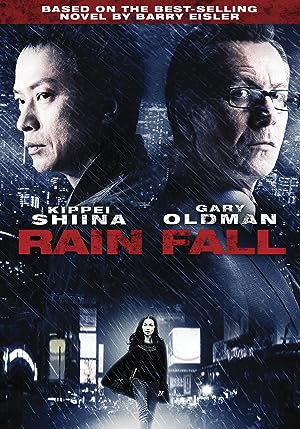 How to Watch Rain Fall 2009 Online in The UK

The cast of Rain Fall

What is Rain Fall about?

In Tokyo, a minister of public works is rumored to be taking evidence of corruption to a reporter: the CIA, the yakuza, and others want to grab the information and use it to squeeze the government. On the subway trip to meet the reporter, the official is murdered, but it looks like a heart attack. However, no one, including the murderer, can find the flash drive with the evidence. Now the CIA, gangsters, and the city police are searching. The dead official's daughters are in danger: the shadowy John Rain, ex-special forces and perhaps now in league with North Korea, tries to stay one step ahead as he looks for the flash drive and protects one of the daughters.

Where to watch Rain Fall