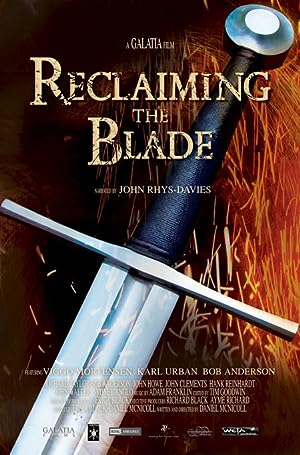 How to Watch Reclaiming the Blade 2009 Online in The UK

The cast of Reclaiming the Blade

What is Reclaiming the Blade about?

The Medieval and Renaissance blade, a profound and beautiful object handcrafted by master artisans of old. An object of great complexity, yet one with a singular use in mind- it is designed to kill. The truth of the sword has been shrouded in antiquity, and the Renaissance martial arts that brought it to being are long forgotten. The ancient practitioners lent us all they knew through their manuscripts. As gunslingers of the Renaissance they were western heroes with swords, and they lived and died by them. Yet today their history remains cloaked under a shadow of legend.

Where to watch Reclaiming the Blade