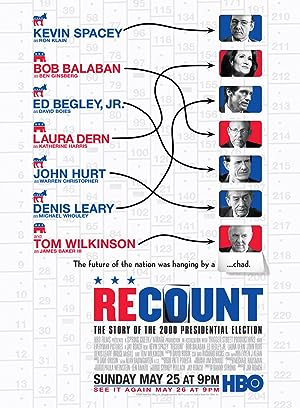 How to Watch Recount 2008 Online in The UK

The cast of Recount

What is Recount about?

In this dramatization of the 2000 presidential election, Al Gore concedes the presidency to George W. Bush, but recants when he learns of irregularities in the Florida vote count. Democratic strategists Ronald Klain and Michael Whouley race to Florida to uncover the truth, as do Republicans under James Baker III. Between faulty voting equipment and the vagaries of Florida's Secretary of State Katherine Harris, a 36-day stalemate ensues.

Where to watch Recount