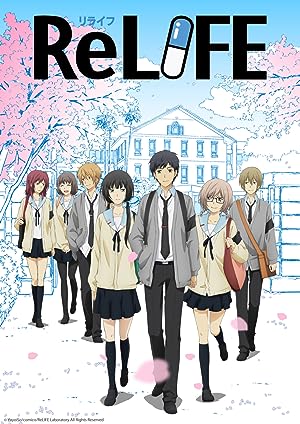 How to Watch ReLIFE Online in The UK

The cast of ReLIFE

What is ReLIFE about?

The story follows Kaizaki Arata, a 27-year-old jobless man, who fails at every job interview he had after quitting his last company. His life changes after he met Yoake Ryou of the ReLife Research Institute, who offered him a drug that can change his appearance to 17-years-old and to become a subject in an experiment for one year. Thus, he begins his life as a high school student once more.

Where to watch ReLIFE