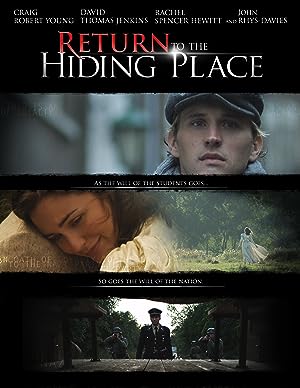 The cast of Return to the Hiding Place

What is Return to the Hiding Place about?

Dutch Resistance fighter Hans Poley in World War II, found refuge at Corrie ten Boom's house. Hans defies the new Nazi commandant and escapes with his life. He takes refuge in Corrie ten Boom's house, which is crowded with Jewish refugees and becomes part of her teen age army. Hans gets a false identity and joins the Dutch Resistance. As the Nazis commit atrocity after atrocity, the danger for Hans and his new compatriots increases tenfold.

Where to watch Return to the Hiding Place

Return to the Hiding Place Trailer

More Drama movies like Return to the Hiding Place

More Drama tv shows like Return to the Hiding Place