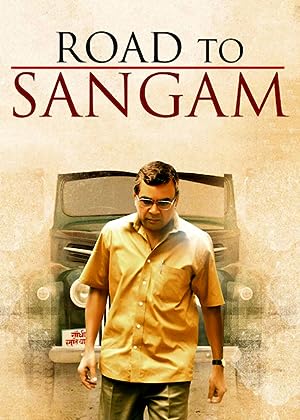 How to Watch Road to Sangam 2009 Online in The UK

The cast of Road to Sangam

What is Road to Sangam about?

A simple story of a God fearing, devout Muslim mechanic named Hasmat Ullah who has been entrusted the job of repairing an old V8 ford engine, not knowing the historic significance that it once carried the ashes of Mahatma Gandhi which were immersed in the holy river Sangam. He is caught in a complex situation after a powerful bomb explosion rocks his town leading to the arrest of innocent Muslim youths of his locality. A strike to work is called by the prominent Leaders of his community to protest against the unjust treatment meted out to those arrested youths by the police. Will he support the protest and abandon the repair of the engine or go against the wishes of his community. Thus begins his journey.

Where to watch Road to Sangam