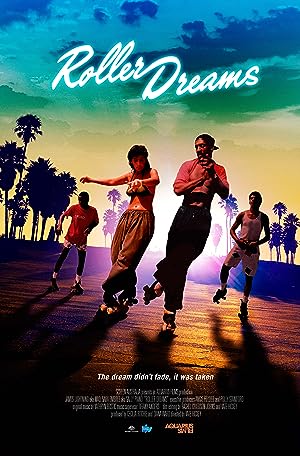 How to Watch Roller Dreams 2017 Online in The UK

The cast of Roller Dreams

What is Roller Dreams about?

They were born to dance, but forgotten... until now. Roller Dreams is a humorous and poignant feature documentary about the short-lived but iconic Venice Beach roller skate dancing scene. Before skateboards,there were roller skates. It was 1979 and the best of the best gathered in Venice Beach, California, to dazzle onlookers with their grooves and moves. As the soulful brothers and sisters who drew the original crowds attempt to reunite for one final skate, they share their stories and heartaches. "The dream didn't fade, it was taken," says Mad, who spearheaded the roller dance movement. Like Mad, many of the skaters feel the police who invaded their childhood in South Central during the Watts Riots, years later were intent on shutting down their beloved oasis at Venice Beach. Fall in love with these larger-than-life characters, and get ready to lace your skates once more.

Where to watch Roller Dreams