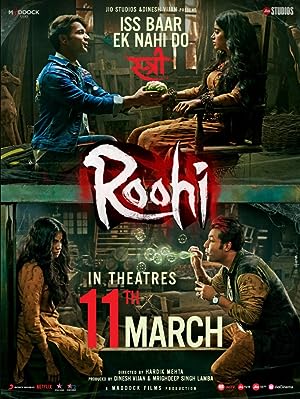 How to Watch Roohi 2021 Online in The UK

The cast of Roohi

What is Roohi about?

Two friends Bahura Pandey and Khattani work for a goon Guiya Shakeel where they do Pakdaai Shaadi where a bride is kidnapped and forced to marry the one who loves her.They get a job to kidnap Roohi somehow they manage to complete it with much difficulty but Shakeel asks them to keep Roohi at an isolated place as the marriage gets postponed.Bahura is shocked to see that Roohi is not a normal but a possessed women while Khattani refuses to believe him,Bahura falls in love with innocent Roohi,while Khattani falls for possessed Afza.When Shakeel orders them to kill Roohi,Bahura decides to go against him and free Roohi from the spirit.

Where to watch Roohi