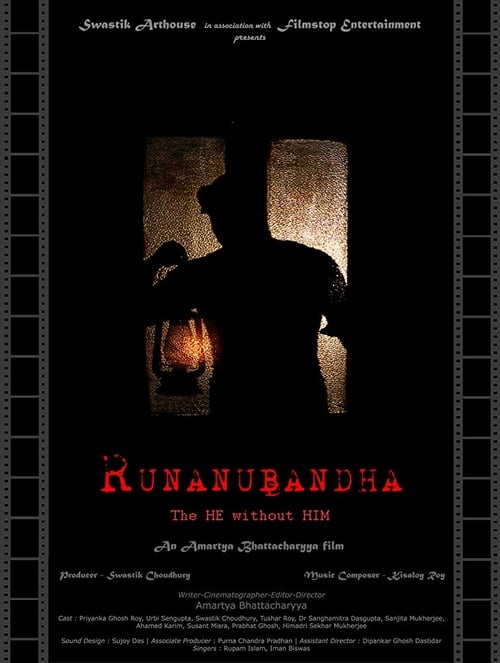 Runanubandha - The HE without HIM

Watch Runanubandha - The HE without HIM 2018 in the UK

Where to watch Runanubandha - The HE without HIM

What is Runanubandha - The HE without HIM about?

Runanubandha, spiritually, refers to body’s memory – both genetic and memory of intimate physical connect. It is this memory which is said to bind a parent and a child, a husband and a wife or any other intimate relationships. The film explores Shatarupa’s search for her father in Kolkata. She finds the voice of her father in a young man. The paternal traits draw her towards him, but she finds herself trapped elsewhere between emotional complexities and simplicity. The film also draws a parallel with Hindu mythological tale of Lord Brahma, who was attracted to his own daughter Shatarupa

Runanubandha - The HE without HIM Trailer