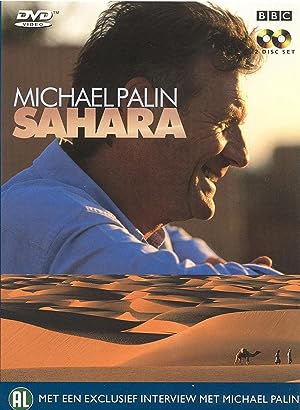 How to Watch Sahara with Michael Palin Online in The UK

The cast of Sahara with Michael Palin

What is Sahara with Michael Palin about?

In this four part BBC television series presented by British comedian and travel presenter Michael Palin, and broadcast in 2002. In it, Palin traveled around the Sahara Desert in Northern and Western Africa in four episodes: 1° Line in the Sand - from Gibraltar (British crown colony enclaved in Spain) to amazingly varied Morocco, Western Sahara (disputed by morocco and the Polisaro liberation movement) and Mauritania (another ultra-poor Sahel country, yet plagued by extreme obesity, even as a result of forced feeding of women as a status symbol); 2° Destination Timbuktu - Senegal and Mali; 3° Absolute Desert - Mali and Niger; 4° Dire Straits - Algeria, Libya, Tunisia, Ceuta (a Spanish enclave in Morocco where refugees hope to enter Europe) and back to Gibraltar.

Where to watch Sahara with Michael Palin