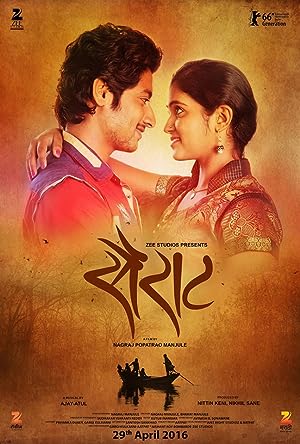 How to Watch Sairat 2016 Online in The UK

The cast of Sairat

What is Sairat about?

Sairat is a love story, as advertised. Aarchi , a rich upper class girl falls for her classmate Parshya , a poor but smart boy from the lower social strata. The magic happens, and they start seeing each other. Secretly at first, but they get bolder with passing time. The problem is that Aarchi is not just from the upper class, her father is a powerful politician, and her brother Prince is following in on his footsteps. The entire affair is a recipe for trouble, and as expected, trouble arrives. With the help of Parshya's friends, Baalya and Salya, they decide to make a run for it, but fate has other plans.

Where to watch Sairat