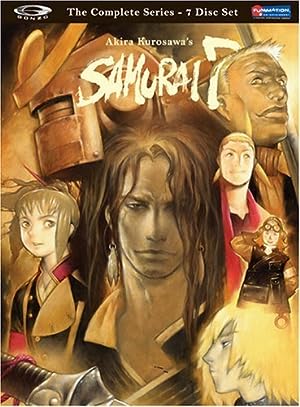 How to Watch Samurai 7 Online in The UK

The cast of Samurai 7

What is Samurai 7 about?

Set in an alternate feudal Japan where mechas and giant airships are a common thing for humans to see. With in this time period is a small village that gets raided by bandits during every harvest season. The villagers can't take it anymore, so they decided to send out some volunteers to the city to recruit some samurai to help defend their land. In exchange for defense, the samurai that get hired for the job will receive rice for free of charge. Since the village is too poor to offer any money, the only samurai who would accept their proposal would be the kind who are down on their luck. Will the villagers find any samurai who would help free them from being robbed by bandits?

Where to watch Samurai 7