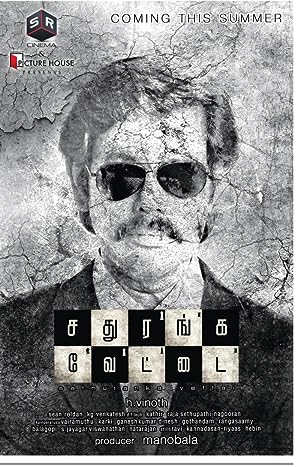 The protagonist in the film, Gandhi Babu (Natraj) is a skilled conman. He dreams up ingenious scams and executes them perfectly. He sells ignorant people ordinary snakes claiming that they are exotic and will fetch crores in the international market. He promotes a non-existent 'multi-level marketing' company with its controversial chain referral schemes promising a BMW car within the year. And the climax has him pulling off 'the rice pulling scam', one of the most high profile scams of recent times. About 40 minutes into the film Gandhi Babu is arrested and multiple cases filed against him. But the money he has scammed over the years comes to his rescue and he is released. He is not in the least remorseful and continues to manipulate everyone. He believes that if a person is foolish or greedy enough to be duped, then the person is to be blamed. He argues that every election voters are conned by the candidates who promise them the moon, but never come through. Banu (Ishara Nair) is from a poor family. She comes to work for him and falls for his charms. Despite having a soft corner for her, money is Gandhi Babu's first priority and he abandons her.