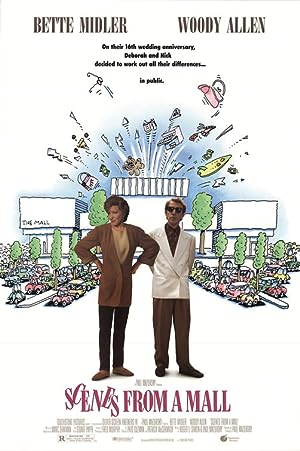 The cast of Scenes from a Mall

What is Scenes from a Mall about?

On their 16. anniversary, during a shopping stroll, the lawyer Nick Fifer confesses his wife Deborah some affairs. She goes wild and insists on a divorce. After they agreed to the dividing up of their belongings, Deborah confesses having an affair, too. Now he gets very upset and wants the divorce for his part, but the last word is not spoken yet.

Where to watch Scenes from a Mall

More Comedy tv shows like Scenes from a Mall