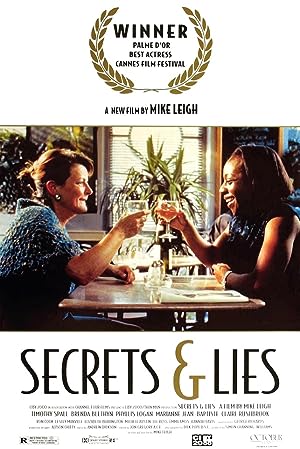 The cast of Secrets & Lies

What is Secrets & Lies about?

Cynthia lives in London with her sullen street-sweeper daughter. Her brother has been successful with his photographer's business and now lives nearby in a more upmarket house. But Cynthia hasn't even been invited round there after a year. So, all round, she feels rather lonely and isolated. Meanwhile, in another part of town, Hortense, adopted at birth but now grown up, starts to try and trace her mother.

Where to watch Secrets & Lies