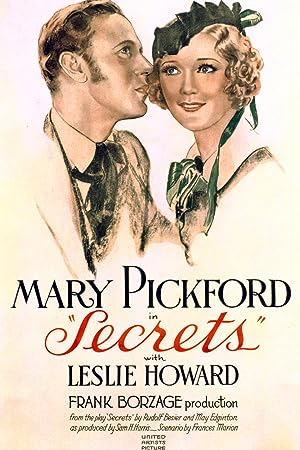 How to Watch Secrets 1933 Online in The UK

The cast of Secrets

What is Secrets about?

In the late 1800s New England, banker William Marlowe and his wife Martha have arranged for their daughter Mary to marry the officious and older Lord Hurley of England. Mary does not want to marry Lord Hurley, but rather John Carlton, a lowly clerk at her father's bank. The two fell in love at first sight. When John and Mary's relationship is discovered by her parents, William discharges John. Knowing he can't get another job in New England, John decides to move west to California to start a new life off the land. Despite the probable hardships, Mary wants to go along and the two elope. They do face those initial hardships, most specifically an especially violent encounter with cattle rustlers, but they are able to carve out a successful life as ranchers. Twenty years, several children and a mansion of their own later, John is a popular choice to run for governor. Some past indiscretions may not only threaten his gubernatorial run but his marriage altogether.

Where to watch Secrets