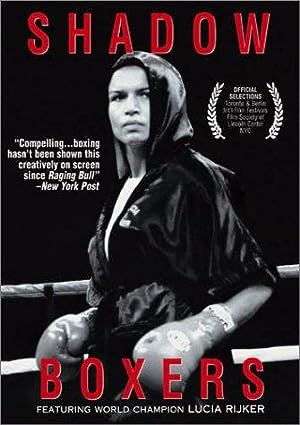 How to Watch Shadow Boxers 1999 Online in The UK

The cast of Shadow Boxers

What is Shadow Boxers about?

Why do women fight? This riveting behind-the-scenes look into the world of the female combatant takes us from manicures to knockouts! It turns our attention to the woman who is widely considered pound for pound the most dangerous fighter of any time, undefeated boxing sensation Lucia Rijker (Rollerball, TV's "Thunderbox"). She reveals the stages of physical, mental and spiritual growth while smashing opponents and preconceptions. "Shadow Boxers" exposes the beauty and brutality of the sport through the eyes of the introspective fighter while showing what's really at stake when women enter the ring.

Where to watch Shadow Boxers