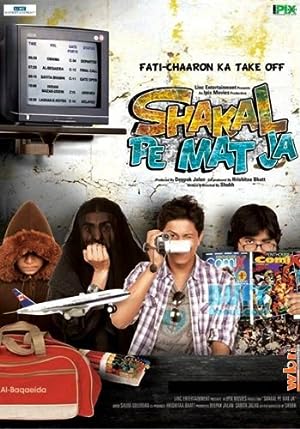 What is Shakal Pe Mat Ja about?

Delhi Airport's Chief Security Officer, Om Prakash, is told that his officers have apprehended four males on airport property, filming and taking photographs without authorization. The four suspects are Ankit Sharma, his school-going brother, Dhruv; Rohan Goverdhan Malhotra, and Bulai. The suspects ridicule them and mockingly ask the guards to let them go. A check of their belongings, including a video camera, shows pictures of prominent places, prompting Om Prakash to summon Vijay D. Chauhan, from the Anti-Terrorist Squad. The latter shows up, is initially skeptical, but after he overhears a rather incriminating conversation between Ankit and a woman named Prachi, is convinced that the four may be terrorists and interrogates them. The four steadfastly deny their involvement in any terrorist activity - but must face up to the situation when a fifth suspect, a woman named Diana, claims that they belong to her group - which has already made plans to blow up the airport today.