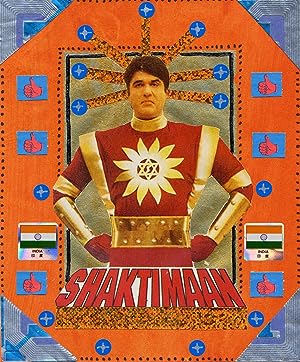 How to Watch Shaktimaan Online in The UK

The cast of Shaktimaan

What is Shaktimaan about?

When evil was ruling the world, the Suryanshis chose an ordinary man as the warrior to fight evil. When the five natural elements of life, fire, earth, water, wind and sky invigorated his body, he gained superpowers from these elements. Eventually he transformed into Shaktimaan. Shaktimaan was the rebirth of Shri Satya who had formed the Suryanshi Sect after the war of the Mahabharata 7,500 years ago. He got his powers from 7 spiritual gurus who had blessed him with mystical yogic shakti and trained him in ancient combat forms. During his training, Shaktimaan was taught the way to energize the 7 chakras of body through Kundalini Yoga that helped him get mystical and supernatural powers. He also conducted the ritual of death in order to get total control over his powers. This process, instead of killing him, made him almost immortal and stronger than any mere human being. Towards the end the Suryanshis performed a Yagya (Yajna) through which he entered holy fire and immersed his physical body in it. After which the five natural elements of life, namely fire, earth, water, wind and sky invigorated his body and he gained further super powers from these elements. Eventually he transformed into a super human warrior in order to fight against the forces of evil in the world and ultimately becomes the super hero Shaktimaan.

Where to watch Shaktimaan