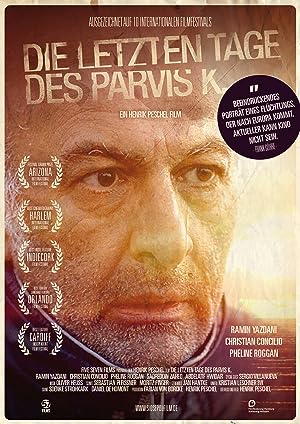 The cast of Si-o-se Pol

What is Si-o-se Pol about?

Facing death, terminally ill Parvis Karimpour wants to reconcile with his daughter Nasrin. He and his fellow African travellers are dumped from a boat by the Spanish coast at dawn. He makes his way to Madrid where he believes his only child, who fled from Iran years ago, may now live. Finding shelter in a city which is battered by the economic crisis, Parvis meets two other struggling migrants. The Italian Fabrizio, a failed piano player, survives on odd cleaning jobs. Spoilt young German Almut, on the other hand, has followed her boyfriend to Madrid. Looking for a direction in life she dreams of opening a jewellery shop. The search for Nasrin becomes their common quest. Parvis regains hope, while his newfound optimism snaps Fabrizio and Almut out of their lethargy. Following a new clue the three set off northwards in Almut's car.

Where to watch Si-o-se Pol