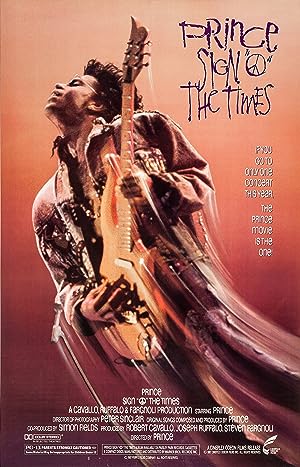 In front of a crowd at the Rotterdam Music Hall, Prince and his band perform 13 numbers, 11 of which are from his double album, "Sign 'o' the Times," and all but "Now's the Time" are his compositions. This is high energy stuff, with neon signs flashing above the stage, suggesting the honky-tonk district of a big city. Between a few of the numbers, there are vignettes of street life. Three women - Shiela E, Boni Boyer, and Cat - provide rhythmic, vocal, and physical pyrotechnics. Sheena Easton appears in a film within a film, her rock video "U Got the Look." In constant motion, never far from center stage, is Prince, Minnesota's charismatic pixy.