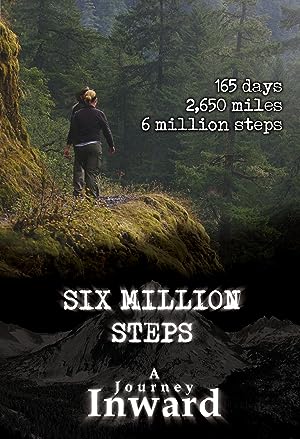 How to Watch Six Million Steps: A Journey Inward 2011 Online in The UK

The cast of Six Million Steps: A Journey Inward

What is Six Million Steps: A Journey Inward about?

"Six Million Steps" is a documentary film that chronicles the lives of hikers during their adventure on the Pacific Crest Trail, which spans 2,650 miles, the length of the U.S. Pacific coast. From Mexico to Canada, the Pacific Crest Trail winds through three states, seven national parks, 25 national forests, and elevations ranging from sea level to nearly 14,000 feet. Each year, 300-400 "thru-hikers" attempt to hike border to border, and, in doing so, experience pain, hunger, elation, loneliness, regret and fear. They leave behind their everyday lives, their families, their homes, their jobs and their friends to sleep outside with only the items they carry on their backs. But in leaving, they arrive at something greater: Life stripped to its core Life as a journey in the truest sense of the word Life as transformation This is the story of those hikers, what they were looking for, and what they find. 165 days 2,650 miles 6,000,000 steps

Where to watch Six Million Steps: A Journey Inward