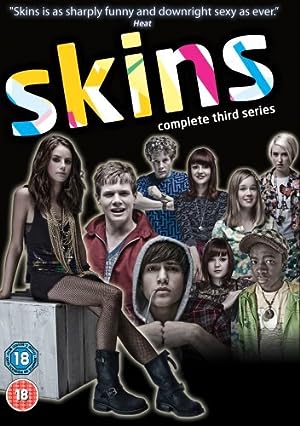 How to Watch Skins Online in The UK

The cast of Skins

What is Skins about?

Series One and Two focuses on a group of British teens trying to grow up and learn about love and life with little adult supervision (and lots of PARTYING). Sid tries to be everyone's friend and usually ends up on the short end of the stick. He is mostly manipulated by best friend Tony, whose girlfriend Michelle he is in love with. Tony is one to try anything once, including every girl he meets. He manipulates not only Sid and Michelle but anyone else who will let him. Anwar is just looking to lose his virginity, and though he is Muslim, it rarely stops him from partying excessively. Gay and popular friend Maxxie is along for the ride, while trying to pursue his dream of being a dancer and actor in London. Cassie, an anorexic basket-case, is in love with Sid, who overlooks her time and time again. Straight-laced Jal wants to focus on her musical ambitions.

Where to watch Skins