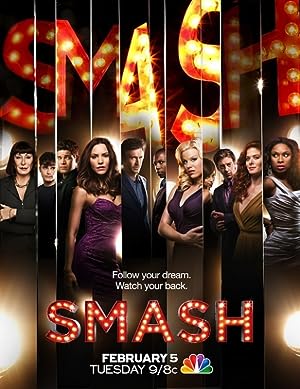 How to Watch Smash Online in The UK

The cast of Smash

What is Smash about?

For a Broadway musical, the road to success is not easy. And winning the coveted Tony as Best Musical, which is the ultimate goal, is even more difficult. Such trials and tribulations are shown for a handful of shows, their creative teams and their performers. There is competition amongst the performers for roles, competition amongst the shows not only for box office but also limited investor dollars and that final Tony prize, and competition amongst those ultimately hired in the cast and crew for what they want to see happen in the show, both for the good of the show and their own personal benefit. And sometimes, personal life gets in the way of these professional goals. These problems not only happen for those new or working their ways up the ranks, such as performers Karen Cartwright and Ivy Lynn, and the writing team of Jimmy Collins and Kyle Bishop, but also seasoned veterans, such as the writing team of Tom Levitt and Julia Houston, womanizing director Derek Wills, and producer Eileen Rand.

Where to watch Smash