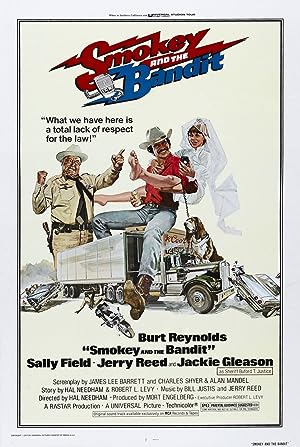 The cast of Smokey and the Bandit

What is Smokey and the Bandit about?

Bandit and Cledus are two truck-driving southerners who accept a dare from big-shots Big and Little Enos to pick up a truckload of beer from Texas and return it to them within a specified amount of time. Picking it up is simple enough, but as they are leaving Texas, Bandit unwittingly picks up Carrie, a hitchhiking bride-to-be who just left her groom, Junior, at the altar. Junior, however, is the son of Sheriff Buford T. Justice. And when Buford and Junior discover what has happened, they go on a "high-speed pursuit" across the Southeast to catch the bandit.

Where to watch Smokey and the Bandit

More Action tv shows like Smokey and the Bandit