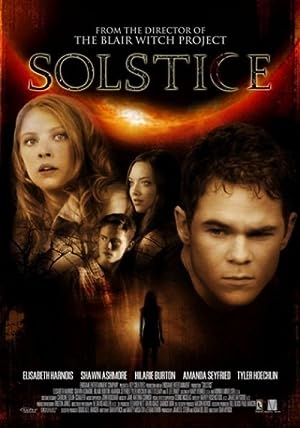 How to Watch Solstice 2008 Online in The UK

The cast of Solstice

What is Solstice about?

Six months after the suicide of her twin sister Sofie, Megan still grieves her death and misses her beloved sister. In the Saint John's Eve, Megan travels with her friends Christian, Zoe, Mark and Alicia to her family's house in Nowell Lake, Louisiana, to celebrate the summer solstice. While shopping supplies in a local store, Megan befriends the seller Nick and buys a magazine with an article about communication with the dead in the summer solstice, the time of year when there is the greatest length of daylight. While in her house, Megan is haunted by a spirit that she believes is Sofie trying to communicate with her. In her investigation, she suspects of the weird hick Leonard and while snooping in his house, she finds the picture of the missing girl Malin and unravels a dark secret about the suicide of her sister.

Where to watch Solstice