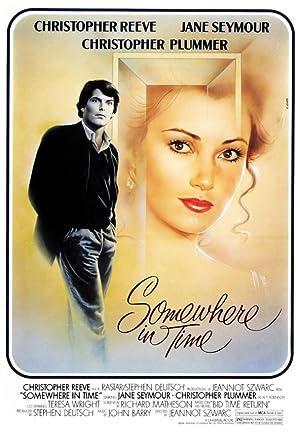 How to Watch Somewhere in Time 1980 Online in The UK

The cast of Somewhere in Time

What is Somewhere in Time about?

Young writer Richard Collier is met on the opening night of his first play by an old lady who begs him to "Come back to me". Mystified, he tries to find out about her, and learns that she is a famous stage actress from the early 1900s, Elise McKenna. Becoming more and more obsessed with her, he manages, by self hypnosis, to travel back in time where he meets her. They fall in love, a matching that is not appreciated by her manager. Can their love outlast the immense problems caused by their "time" difference? And can Richard remain in a time that is not his?

Where to watch Somewhere in Time