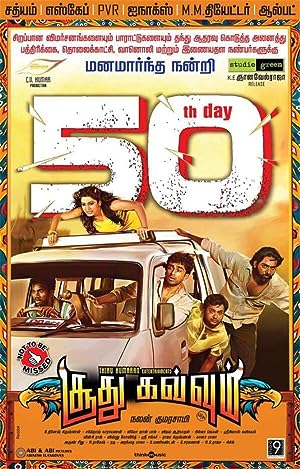 Pagalavan, Kesavan and Sekar are three friends, who lose their jobs in Chennai due to certain circumstances. Then they come across Das (Vijay Sethupathy), who runs a smart kidnap for ransom scam. Naturally his crime flourishes, and the three friends team up with him. Their path crosses with that of Arumai Prakasam, son of the state finance minister. Denied capital by his very strict father to start his business Arumai Prakasam stages his own kidnap, but ends up in the hands of Das and co. The comedy of errors takes a turn when the finance minister wants to catch the culprits, and gives the task to a very strict, encounter specialist cop, Brahmma. How Das and co try to stay ahead of the cop and how he nabs them, and what happens forms the rest of the story.