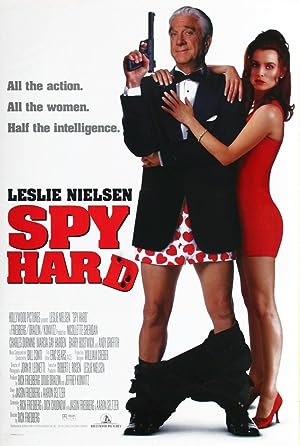 The cast of Spy Hard

What is Spy Hard about?

General Rancor is threatening to destroy the world with a missile he is hiding at his secret base. But to complete his goal, he needs a special computer chip, invented by the scientist Prof. Ukrinsky. Special Agent Dick Steele is assigned to the case, in order to prevent the worst. He teams up with Ukrinsky's daughter Veronique, who happens to be a KGB agent.

Where to watch Spy Hard