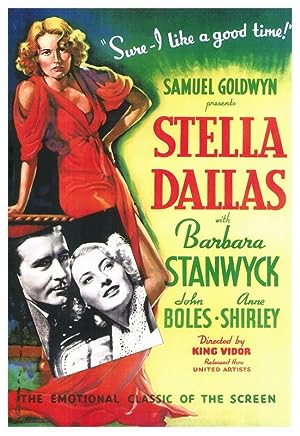 How to Watch Stella Dallas 1937 Online in The UK

The cast of Stella Dallas

What is Stella Dallas about?

Working-class Stella Martin marries high-end Stephen Dallas and soon they have a daughter named Laurel. But Stephen's incessant demands of Stella to become what she isn't leads to their eventual separation. Stephen later marries Helen Morrison (his prior fiancée), and Laurel becomes the focus of Stella's life and love. Nothing is too good for Laurel as far as Stella is concerned. Determined to give her all the advantages, she takes Laurel on a trip to an expensive resort where Laurel makes friends with rich kids. After an embarrassing incident, Stella realizes that her daughter would go farther in life without Stella as her mother. Her subsequent sacrifice is shattering.

Where to watch Stella Dallas