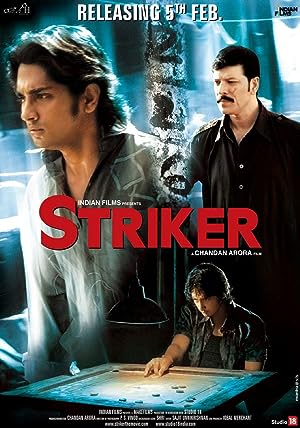 How to Watch Striker 2010 Online in The UK

The cast of Striker

What is Striker about?

Amidst strictly enforced curfew by Bombay Police during December 1992 following Hindu-Muslim riots, Suryakant - one of four siblings from Malad's Malvani slums, heads home. While doing so, he reflects on his childhood; his sisters: Devi and Rajni; brother Chandrakant; his dad, Shashikant, as well his mother; his expertise with the Carrom-board; run-ins with extortionist-goon, Jaleel Khan; his friendship with Zaid Khan; his crush on Noorie as well as his plans to find employment in Dubai; why he could not attend Devi's marriage, as well as the tragedy that awaits him.

Where to watch Striker